Wildlife Disease 2020 and Beyond: Moving from Microscopes to Policy 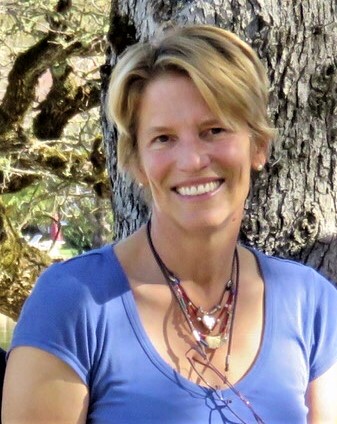 Peregrine Wolff is a graduate Cornell College of Veterinary Medicine and has worked with captive and free-ranging wildlife for government agencies and large corporations as well as owning her own practice specializing in Hollywood’s animal movie and TV stars.  She has spent the last 10 years working as the veterinarian for the Nevada Department of Wildlife and has recently transitioned to the position of Executive Manager for the Wildlife Disease Association.  She is a past-president of the American Association of Wildlife Veterinarians and American Association of Zoo Veterinarians and is currently Chair for the US Animal Health Association, Committee on Wildlife and Vice-chair of the Board of the Wild Sheep Foundation.  Her interests include integrating animal welfare concepts into wildlife medicine and management and eliminating the divide between consumptive and non-consumptive users of wildlife so as to present a united force for wildlife conservation. 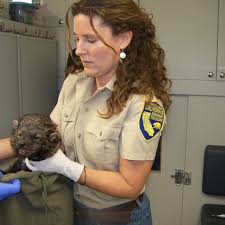 Deana Clifford – Deana received her Bachelors in Wildlife Conservation Biology (1995), Doctor of Veterinary Medicine (1999), and Masters (2001) and PhD (2006) in epidemiology from the University of California Davis. Her dissertation work focused on infectious disease and reproduction threats to endangered island foxes. Deana has worked on a variety of wildlife and ecosystem health projects, both nationally and internationally, ranging from infectious disease in carnivores to impacts of bovine tuberculosis and water scarcity on wildlife, livestock and people in Tanzania. She is currently a senior wildlife veterinarian focused on Nongame, Threatened and Endangered Species at the California Department of Fish and Wildlife and an Assistant Clinical Professor at UC Davis. Her interests are wildlife disease risk assessment and surveillance, conservation medicine, mesocarnivore diseases, and health issues occuring at the wild-domestic animal-human interface.

Dave Jessup  1977, CDFG wanted someone who had pathology training and capture experience, was young and dumb, could start from zero, and would work cheap. I fit that description. In the first 4-5 years, capture and relocation of elk, and subsequently bighorn sheep, was a big part of my job. From 2000-2010 we had great success investigating causes of morbidity and mortality in southern sea otters, and other marine mammals and birds. Several major publications drew attention to land based protozoal parasites, enteric bacteria, anthropogenically influenced algal toxins, and industrial pollutants. We also cut in half the time required for oiled sea otters to regain water repellency. When not working in California or other Western States I was able to work with colleagues in Africa, where capture and conservation of wildlife is often an order of magnitude more sophisticated than in the US.

During my two years serving as your Conservation Affairs Committee Chair, I have been witness to the spectrum where we, as wildlife professionals, position ourselves along the continuum of policy engagement. Some of us stand firmly in the place of pure objectivity and believe that scientists have no business dabbling in policy since it appears to cloud objectivity, while some of us are eager to march in the streets and shout “Facts are facts!” Many of us may find ourselves somewhere in between: wanting to do more but either feel bound by perceived conflicts of interests, or at a loss of where to begin and doubting whether an individual could even make a difference. Through my wildlife career, I have journeyed through this entire spectrum – from a young biologist who only wanted to focus on studying wildlife, to a fired-up activist who read and reread The Monkey Wrench Gang, and now to a scientist who understands that everything I do in my career is, in some shape or form, related to policy.

Environmental progress is not something to be assumed or taken for granted. The text of an environmental law can be rewritten when our eyes are tuned into a set of binoculars focused on a nesting bird. Environmental protections for habitats can be removed while we are synthesizing our field observations. Scientific facts can be deemed suspect and touted as fake while we are busily writing our dissertations or grant applications or biological assessments. Wherever we may find ourselves along the policy spectrum, it seems that our scientific community has stumbled upon a collective renaissance of realizing the importance of responding to policies that influence environmental protection, funding, priorities, and focus.

As scientists, we are taught to be objective. But objectivity does not equate to standing on the sidelines. There is a difference between activism, advocacy, objective opinion, and advice. As wildlife professionals, our objective opinion and evidence-based advice have a very important place within the realm of environmental policy. It is absolutely critical that we, as wildlife professionals, become more confident in participating in, informing, influencing, creating, shaping, and responding to policy, and learn how to successfully navigate the intersection of policies that affect the wildlife and habitats that we hold dear. And to achieve that requires that we understand the various areas where environmental policy is crafted, negotiated, implemented, interpreted, and studied.

I think of our community of wildlife professionals as an ecosystem. We may occupy different niches, wear different hats, or sometimes speak a different professional language. Maybe we work for a consulting firm or a regulatory agency; or we lead an NGO or are involved land management; maybe we conduct research for a university or for our own business; or we apply our wildlife skills to environmental law or advising legislative representatives. Yet, similar to an ecosystem, we may not always be aware of the ways that we, as a community, are connected, until one of the strings of the web gets pulled on and we notice the tug in our own sphere. So, when we are called to respond to environmental policies that are shifting the landscape in which we work or affecting the species or habitats which we study, how can you more effectively engage and participate – from wherever you may reside in the policy spectrum – and feel confident and effective?

Our plenary panelists aim to illuminate the pathways that you, as a wildlife professional and a member of The Wildlife Society, can pursue to influence environmental policy and perhaps shape public interest into an outcome that benefits the wildlife and habitats that are the focus of your career. 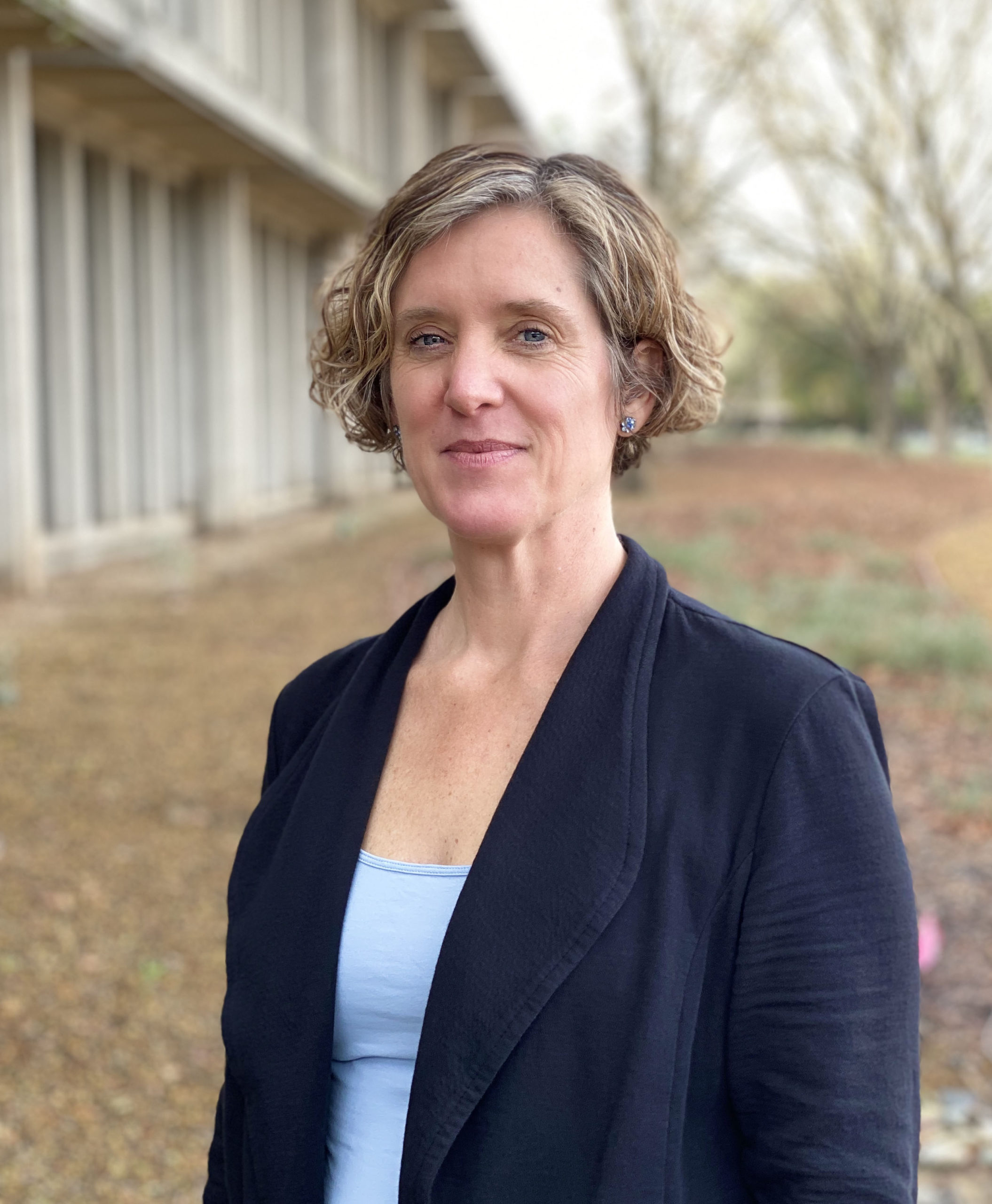 Jennifer Norris, Ph.D. is the field supervisor for the Sacramento Fish and Wildlife Office, one of the Service’s largest. Since 2013, she has overseen the implementation of the Endangered Species Act (ESA) and other laws for over 100 listed and trust species, across north-central California—from Shasta to Bakersfield and the Sierras to the Coast. Dr. Norris began her tenure with the Service in 2004 as a fish and wildlife biologist in Albuquerque, New Mexico.

Over the course of her career, Dr. Norris has held several conservation positions within and outside of the Service, including Deputy Field Supervisor for the Bay Delta Fish and Wildlife Office, the Rio Grande ESA coordinator for the Albuquerque Fish and Wildlife Office, State Biologist for the New Mexico State Land Office, and as an environmental consultant in San Francisco. Dr. Norris has a B.S. in Resource Policy and Planning from Cornell University, an M.S. in Conservation Biology from the University of Michigan, and a Ph.D. in Ecology from the University of New Mexico. When she’s not at work, she can be found exploring beaches, forests or deserts with her husband and teenage son. 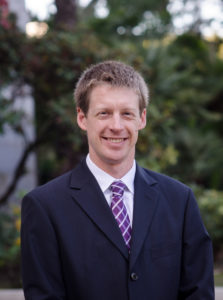 Michael Peterson‘s background in wildlife ecology and management includes conducting scientific research and working on state-level policy. He is currently the inaugural Deputy Commissioner of the newly created Climate and Sustainability Branch for Commissioner Ricardo Lara at the California Department of Insurance. Previously, Peterson was a legislative consultant for then-Senator Lara’s California Senate office, focusing on climate change, natural resources, and energy policy, as well as being the consultant for the Select Committee on Ports and Goods Movement and staff liaison with the California Air Resources Board. He previously worked for the California State Senate Committee on Natural Resources and Water, a committee that considers legislation related to wildlife conservation, state parks, natural resources, including the state’s rivers, lakes, and oceans. As a researcher, Peterson’s work included studies that focused on northern elephant seal toxic chemical accumulation, conservation genetics, and the biology of streams, including anadromous fish and macroinvertebrates. Michael has earned a PhD in Environmental Science, Policy and Management from the University of California, Berkeley, and a Masters degree at Western Washington University. 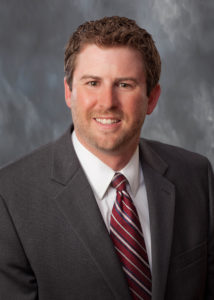 David Willms is the Senior Director Western Wildlife and Conservation for the National Wildlife Federation, where he works collaboratively with diverse stakeholders to find solutions to complex wildlife and land use issues. He is also an adjunct faculty member at the University of Wyoming’s Haub School of Environment and Natural Resources. Earlier in his career he served as a Natural Resource and Wildlife Policy Advisor for Governor Matthew H. Mead of Wyoming, and as a natural resource attorney in private practice and for the Wyoming Attorney General’s Office. Mr. Willms has a Juris Doctorate degree, and bachelor’s degrees in Wildlife & Fisheries Biology and Management as well as Environment and Natural Resources. He lives in Cheyenne, WY with his wife and three children and is an unaccomplished amateur jazz/blues saxophonist. 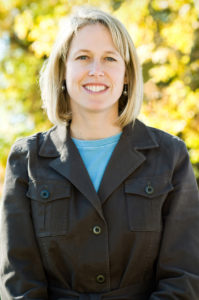 Kim Delfino oversees the work of Defenders’ California program team in protecting and restoring California’s imperiled wildlife and the places in which they live. Since joining Defenders in 2000, Kim has developed an expertise in land use planning, endangered species conservation, and water law, including serving on the California Water Commission from 2010-2015. Kim currently serves on the boards of the Water Education Foundation; Sustainable Conservation; and the American Bar Association Section of Environment, Energy and Resources Trends. Kim began her career as an associate attorney in Washington, D.C. with the public interest law firm of Meyer & Glitzenstein, where she specialized in cases involving the Endangered Species Act, Clean Water Act and other environmental laws. She holds a B.A. from UC Davis and a J.D. from McGeorge School of Law at the University of the Pacific. 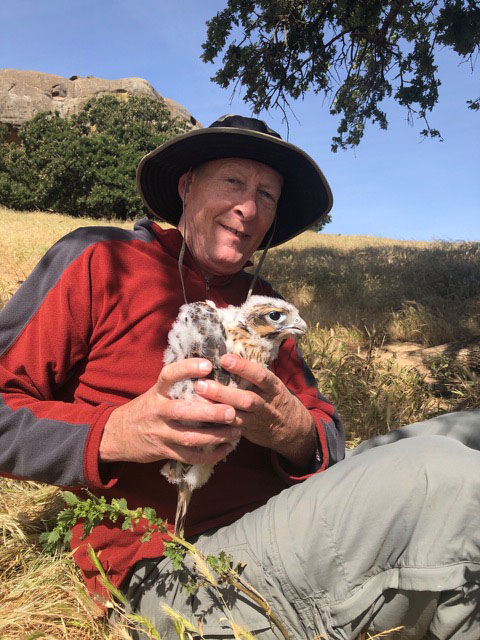 Kevin Hunting  is currently the Biodiversity Coordinator in the California Natural Resources Agency; a cabinet-level Policy Agency within the California State Administration. He is responsible for implementing the Biodiversity Initiative through various state agencies, non-governmental organizations, and local governments. In addition, he currently acts as Policy Advisor to the Secretary of Natural Resources. Prior to this position, he was Chief Deputy Director for the California Department of Fish and Wildlife overseeing department operations, policy development, fish and wildlife management programs, administration of department divisions and functions and strategic program assessment and growth. In this role, he managed complex wildlife, fishery, and natural resource issues effecting California and the west and represented the past two state administrations on legislative proposals effecting wildlife policy and management in California.

Mr. Hunting is an expert in the administration of the California Endangered Species Act and led an effort to create science-based assessments of declining California bird species now institutionalized as the Species of Special Concern series. He has served as an author for several species accounts, editor for professional symposia, and has presented papers at conferences throughout the United States. Mr. Hunting is an honorary life member of the Association of Fish and Wildlife Agencies, a past president and life-time Fellow with the national Wildlife Society, and the recipient of several awards and resolutions for his work in wildlife and conservation.

He holds a bachelor’s degree in Wildlife Management from Humboldt State University and has worked in wildlife management, conservation planning, resource assessment, and wildlife policy for over 30 years.